You are here: Home / Tools / Impact Vs Hammer Vs Drill Driver Vs Power Screwdriver

When it comes to power tools, other than the primary use of the tool, many people are not aware of their pros, cons, features, and other functions. Nowadays, with DIY, home décor, and self-construction work getting trendy, everyone has tools with them not knowing the exact uses and functions. So to clear all the doubts that you could have about an impact driver, We have compared Impact Vs Hammer Vs Drill Driver Vs Power Screwdriver.

Most professional workers will have all these tools with them since they are different from each other. Each tool has its pros and cons and uses; the only thing we can suggest when it comes to picking a tool is, it is better to choose a wireless one since it can be carried and moved around easily. It can be used in areas where an electric socket is not available. All four tools come in both cord and cordless forms, which is a big advantage. In this article, we have researched about each tool written their uses, pros and cons read to find out which tool is for you.

Impact Vs Hammer Vs Drill Driver Vs Power Screwdriver: Differences 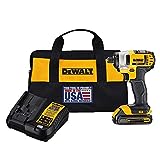 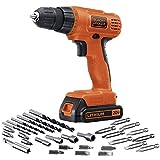 This refers to the force a power tool uses during rotation; different tools have different torque ability. An impact driver (see two variants of Dewalt driver) has no control and high torque, a hammer drill has torque that can be adjusted, a drill driver has less torque, and a power screwdriver has complete torque control.

A hammer drill is considered to be expensive, but the other tools that are the impact driver, drill driver, and power screwdriver are cost-effective.

Chuck refers to the part that holds the bit an impact driver has a 6.36, bits, a drill hammer has a 3-jaw chuck that is between 12-21 inches a drill driver, on the other hand, has a 13 mm nit and a power screwdriver has ¼ inch.

Impact Vs Hammer Vs Drill Driver Vs Power Screwdriver: Similarities

Cord this refers to the tools that have wire and thus ca cause limitations to movement and cordless are those tools that work without wire thus making it easier to carry around all the tools impact driver, power screwdriver, hammer drill and drill driver all are available cordless as well as with a cord.

All these tools are handheld, thus making it easy to use.

All these tools are not very hard to use; therefore, beginners, professionals, and DIYers can use these tools without facing any difficulty.

Impact Vs Hammer Vs Drill Driver Vs Power Screwdriver: Features

Impact Vs Hammer Vs Drill Driver Vs Power Screwdriver: Overview

An impact driver is a high-force tool that is used to lose nuts and bolts; this tool can work great on hard surfaces without any difficulty. There are both cord and cordless impact drivers; a cordless impact driver is more beneficial since there is no cord getting in between your work. They are light and small, which makes carrying them around easily, and they can complete work quickly. A strong rotational force is what helps this tool make the screws loose or tight.

They accept ¼ inch hex driver bits, the impacts in this tool happens up to 50 times a second. When you can’t use a regular screwdriver to do something, this is where an impact driver is used.

The distance the bit goes is small, but the hammering action is fast and shallow. The drill bit on a hammer drill as compared to other drills is different too; they have a little spade tip, which is broad in diameter. A hammer drill has a 3-jaw chuck; a chuck is the front part of the tool which holds the bits. This drill is designed in a way that it does not only spin the drill, but it also helps to go in and out. The two main kinds of hammer drills are the basic hammer drill and rotary hammer.

A drill driver is a powerful tool that can do both drilling and drive screws. It has low-speed, which is used for screw driving; this tool has a metal or plastic chuck. The metal chuck is more preferred since it is durable, but it adds weight to the tool. A professional drill drive can use up to 13mm bits.

These drills are mainly used to drill into wood or metal; it is available in two forms, both cord and cordless. Cordless drills, when charged, can be used to perform huge tasks, a corded drill works with electricity, so this can also be used to do tremendous work easily.

A screwdriver was invented to turn screws, but when it comes to tightening or loosening screw’s it can become challenging to use a manual screwdriver for this purpose; we use a power screwdriver.

A power screwdriver makes tightening and loosening of screws done easily; they are available in different ranges giving more selection options. They are also available as electric or cordless, each having their pros and cons.

A cord drill needs to be charged, and they are used to perform huge tasks; a cordless drill driver cannot do huge tasks since they need to be charged.

Each of these tools Impact Driver, a Hammer Drill a Drill Driver, and a Power Screwdriver have their importance, features, and uses. Selecting the right one is essential based on the kind of work you are doing; some of these tools are used to perform heavy tasks while the rest is to complete precise work. Each of them has its pros and cons; therefore, it is essential to know the work and the tool before using them.